Announcing the publication of my new report, Building Freedom. 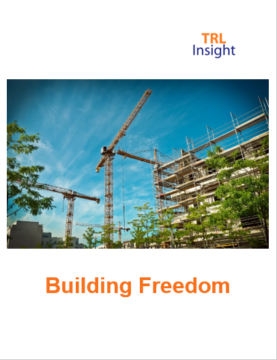 In next week’s Budget, the Chancellor is expected to set out the details of the removal of the HRA borrowing cap. He will be looking ahead to next year’s Spending Review, in which he will want to pull out all the stops to boost growth across the whole country, in case of short-term (or even long-term) economic shocks caused by Brexit. He will also want to demonstrate that the UK is emerging from a decade of austerity. He will want to show that the Government is serious about tackling the housing crisis by making the lifting of the HRA cap permanent. And he will want to achieve all this without letting the deficit grow again.

The Spending Review should allow investment which will bring benefits in the long term. It should put citizens and communities at the centre and build a country that works for everyone, ready for life after Brexit. The proposals in this report will help the Chancellor to achieve just that.

This report looks in depth at the way the Government treats local authority financing as its own in Budgets and Spending Reviews. It shows the problems this has caused for councils across the country wishing to invest in housing and infrastructure and grow local economies. It looks at other countries’ measures of deficit and debt, such as Denmark, Sweden and Canada, but also the wider context for these, such as the presentation of fiscal documents and the country’s local government finance system.

Revised on 28/10/2018 to include text on Housing Infrastructure Fund, further detail and clarification on TIF, and reformatted references